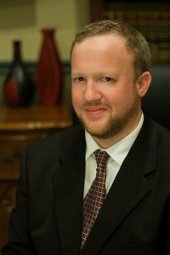 Who is Graham, other than an attorney?

Anyone who knows me, knows I have a sense of humor. I am an attorney but I try to set myself apart from all of the negative traits that people have come to associate with attorneys. I believe that truth delivered bluntly is the way to salvation.

Most attorneys provide information about their education, but not their personal life. Chances are, any attorney you might choose will be educated and bright enough to pass the bar exam. Wouldn't you rather know about the habits and nature of your attorney? And what makes up his character?

And so, I will fill this very bare looking, very non commercial webpage with material of my own interest.

This website is for personal links and opinions, and pretty much anything else I want to put up. Please navigate to the area you are seeking assistance using the above navigation bar.

In 2013, I had the pleasure of representing a Ms. Sharon Coon when the City of Jacksonville decided to use the James Weldon Johnson tour she created without any attribution. Although the City of Jacksonville continued with the tour, they had to include the name of her son who inspired the creation.
James Weldon Johnson History
Some very historical background

Both my maternal side and my paternal side were present in America before the constitution was written. I do not take credit or responsibility for the acts of my ancestors, however anyone who has ever done genealogy knows that you can not help but have a sense of pride or shame for those who came before you. I am first and foremost an American. I am decendant from Pennsylvania germans and Virginia scots, and I was born in a small Illinois town.

Many of my clients call me Mr. Graham. Whether this is due to a need to feel both formal and informal, or whether people just hesitate at pronouncing my last name, I do not know, and I do not mind it one bit. Just calling me Graham would be fine for anyone.

Graham is my mother's Maiden name, and it is of Scottish origin. Clan Graham was known for its loyalty and devotion to causes, producing many scottish heroes who rose solely because of their abilities. Sir John de Graham fought along side William Wallace, was his trusted advisor, and died in the Battle of Falkirk. I am very likely directly descended from this John de Graham, as are most ancient Grahams. I am also decendended from Malise Graham, the 1st Earl of Menteith, and his son Sir John Graham (John with the Bright Sword) who settled on the border lands of Scotland and England. These are the Gallant Grahams, the border protectors, which have been sung about in Scottish songs of Sir Walter Scott. The Grahams of the border were beloved by their fellow scotsman, and feared by outsiders and the English. They were highlanders who occupied some lowlands. The Grahams of the Menteith have notoriously had a sense of humor, based in brand of sarcasm which is unique to them, and it has been mentioned regularly in historical texts and ancient songs of Scotland.

The lineage of the Grahams of Menteith has been a point of some contention for many years. Here is my attempt to unravel the mystery behind Thomas Graham born 1647, Scotland, Dying in Virginia (Possibly outliving Christopher). My ancestors on the Graham side arrived in America in 1685 in Virginia (Thomas Graham, presumed dead on the Henry and Frances) and/or 1699 (when Christopher Graham (b. Scotland, 1670) came from Ireland to America), far before the revolutionary war. My relatives were likely very far inland for the time, living in the mountains of Virginia.

Why the W? A lot of people accuse attorneys of including their middle initial to make themselves sound more important. I cannot disagree that some attorneys do this, and I cannot disagree that I might also have fallen victim to the same desire of self importance. However, I can at least say that I have a plausable reason for including the middle initial "W." in my name, other than impetuous desire. I went by G.W. most of my childhood and some of my adult life.

Syfert is of German origin and was originally spelled Seiffert. Unlike other pronounciations of the surname in Germany, it is pronounced CIPHER-T or Sigh-Fert (but I am never insulted or harmed with mispronunciations of my name). My first Syfert ancestor arrived in America in 1749 and assisted in the American revolution by providing american troops with wool and grain and other materials necessary for the war in 1776, and lived in Pennsylvania. Given the fact that all of my ancestors were named Hans ______ Syfert, and given the time they left eastern Germany (Schwaigern and Baden) it is most likely that they were lutherans escaping religious persecution and it is also likely that they spoke what is now called Pennsylvania Dutch. My earliest anscestor in Germany, a Bernhardt Seiffert, was the Mayor of a small town in South Germany during the 30 years war. It was the only town in that part of germany to retain its records during the devastation of that conflict, but I do not know much of his geneaology or history, likely due to the destruction of the records in all the surrounding locations. The change from one Y and one F, which occurred in America, was likely by choice. Most all Syferts, with that exact spelling and roots in America before 1800, share one common ancestor.

Here I will ruminate some on the idea that pornography being non-copyrightable somehow has an affect on freedom of speech, an idea which has been espoused by Randazza on this site. I can only take a gander that his name is misspelled with one Z so that it does not turn up on search engines. Marc John Randazza in the article, claims that feminist zealots (who inexplicably could somehow author books, but not ever really string sentences or ideas together) tried to exclude "non-progressive" pornography from the copyright act.

In truth, the book, written in 2010 by Ann Bartow, was well written and does not say that such pornography should be excluded, but that it is not included.

This idea has nothing to do with the limitations on freedom speech, and in fact, those works that are expressive of speech should be protected. The bottom line is that bits that aren't historically protected under copyright are the reason that these movies are so profitable.

Take many if not any work of pornography produced today, and boil it down to the bits that are expressive, and you will be left with a sad peice of literature that no one would ever buy. Children's stories have more literary value than most pornographic films.

Some pornography can be produced to prove a point, and it can be considered free speech. The bits that are considered "pure" pornography may be protected speech, but do not contain any true expression which advances a cause (except perhaps free speech in itself) or contains any actual message which could be viewed as an expression. For the sake that repetition is convincing, let me say again, that a work does not need to be copyrighted to be protected speech.

I have now taken down Payloadz, and I have put up google checkout buttons for any donations that might be given towards the forms.

As some of you may have read, or heard, I gained some notoriety for my sale of Self-Help defense forms which I previously offered. I believe the good use of putting the forms up for sale has run its course, and I am now urging everyone to download these forms and take them to a local attorney. I have offered the forms for free at http://www.syfert.com/ Click on the Download for free link, and when you close Payloadz, you will find yourself at a directory listing which contains Form v1.2 and Comments to Form 1.2. Payloadz is only now for those who wish to donate .99 cents or $19.95. The comments and the forms are now free to the general public.

I have released these forms for free due to the actions of the Plaintiff's attorney's, the so called "Copyright Trolls", which now are representing the shameless industry of pornography, in an effort to coerce innocent people to pay settlements.

They use coercion and extortion, threatening to out homosexuals, to ruin marriages, and the weirder the pornography, the better for their purposes.

Those who believe in the free flow of information guaranteed by the first amendment, made available by the use of the internet understand that anonymity in freedom of speech is as important as the Bill of Rights.

These methods of coercion, threatening to out homosexuals, threatening families, and putting people in a position to not want to help through the free flow of information and the uninhibited flow of packets. These actions have harmed our telecommunication industry by causing unnecessary and untold costs associated with the diligent research of each IP address requested by a Plaintiffs attorney. These actions have harmed too many innocent citizens, and are making a mockery of the rules regarding Fundamental Fairness and Jurisdiction. These actions have harmed small businesses by causing them to incur fees and costs associated with defending these actions. Providers of free wifi find themselves subject to a subpoena and a demand letter, coercing settlement.

In a perfect world, everyone would have open and publically available WiFi hotspots and these would be encouraged. Everyone would distribute files through Tor. This model of open communication, which has been greatly protected by organizations like the Electronic Frontier Foundation is fundamental to America.

Also fundamental, is the right to be proven innocent in court, and to not be held accountable for things that were not your responsibility. If someone else committed the infringement, you need to contact an attorney. No attorney should honestly believe, and no judge should find that creating access to one's own chattel property, and onto the internet, is an act of negligence. It should be solely governed by the contract between the consumer and the internet service provider, and even then, restrictions on access should be severely limited so as not to disrupt the normal flow of information from all computers, to all computers. It is the right of the consumer, when not limited by these contracts, to share access how the consumer sees fit. Providers of true internet access, be they public, or private entities, should be allowed to grant access how they see fit.

I would like thank all of the Federal judges who ruled favorably against these massacre lawsuits, and now, too many people are simply sending letters in their defense. Everyone contemplating sending a letter to the court, contact an attorney in your state.